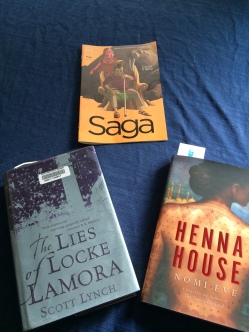 This time I decided to mix it up a bit. Instead of having separate LLs for Library, Comics and the books I buy, you get a three-for. I actually bought a couple on e format as well, but that’s a post for another day.

What books have you brought home? In print? Digitally?