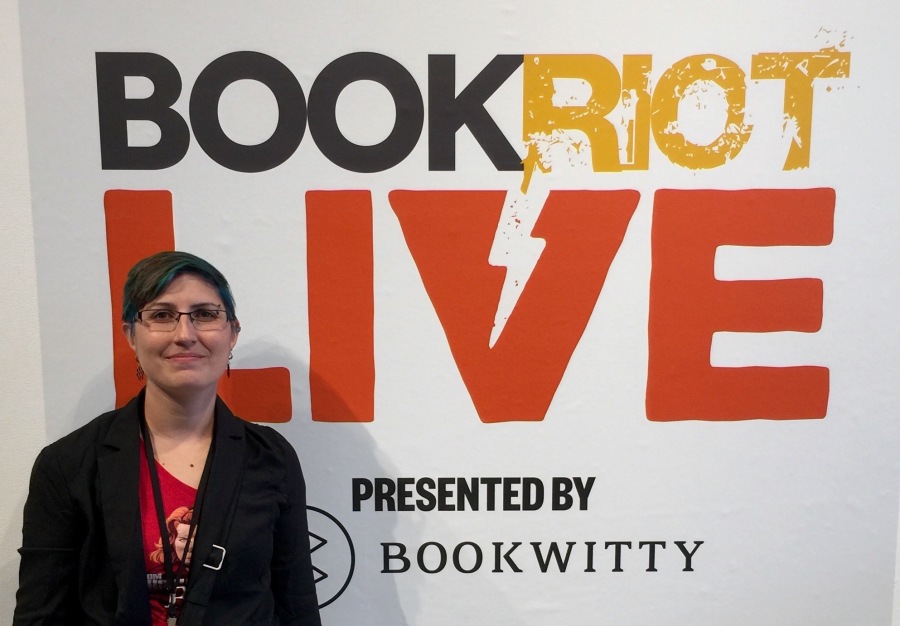 Book Riot Live was this past weekend. I swear it wasn’t me procrastinating. We (my husband and I) didn’t get home from NYC until Tuesday and then Wednesday we had to take our oldest son to an EEG appointment. So here I am, finally decompressing. I still can’t believe it is already over. In short, it was a blast. Let’s see if we can compress it down. Otherwise you’ll just be reading me squee and gush the entire time (which sounds vaguely dirty, or maybe it’s just me).

I’m sure I come off a little like a groupie, and I kind of said it on Twitter the other day, but I’d like to say it without the 140 character limit. The reason I’m so supportive and excited about Book Riot is because it’s what I would have loved and needed to have when I was growing up. I often felt ostracized for being a reader. And I wasn’t just any reader, but a voracious and introverted reader. Book Riot would have given me so much more self confidence to embrace my bookishness. I also would have had a broader sense of what being a reader was. So now that I’m an adult, it makes me happy to see that younger readers will have a source like Book Riot. That my kids could potentially have a Book Riot.

If you want to see my Book Riot Live pics, you can head over to Instagram.